In cooperation with the Historical Museum of Bosnia-Hercegovina

Since the situation of cultural politics in Bosnia-Herzegovina is very precarious, most of the museums in Sarajevo are struggling to survive. In the case of the Museum of History there is no support of the state, which makes the employees work for a very little or no salary at all trying to keep the historical and cultural heritage alive. Also the building itself starts to crumble away: parts of the roof are coming down, the stairs at the entrance are broken and loose.

In „SARAJEVO DREAM“, ironically referring to the often cited American Dream, Julia Rohn is collecting pieces of the front stairs of the museum and packaging them into kitschy, transparent present paper with a blue rose pattern. Roses are part of the imagery of Sarajevo through the so called „Sarajevian roses“ which are representing marks of grenades in the streets. The packaged stones are then provided with a small label stating the title, date, the artist‘s signature and the price. They are hereby transformed into an Artist‘s Edition, which is subsequently sold in the souvenir shop of the Museum of History. In doing so, the museum aquires money, but at the same time sells its own substance. Thinking this process through to the very end the museum might have earned enough money to restore a building of which nothing is left. 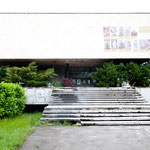 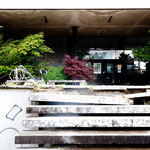 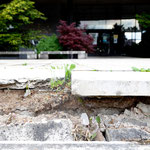 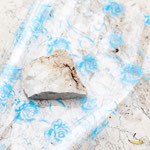 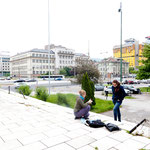 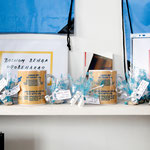 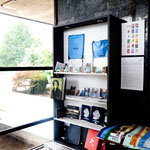 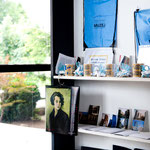